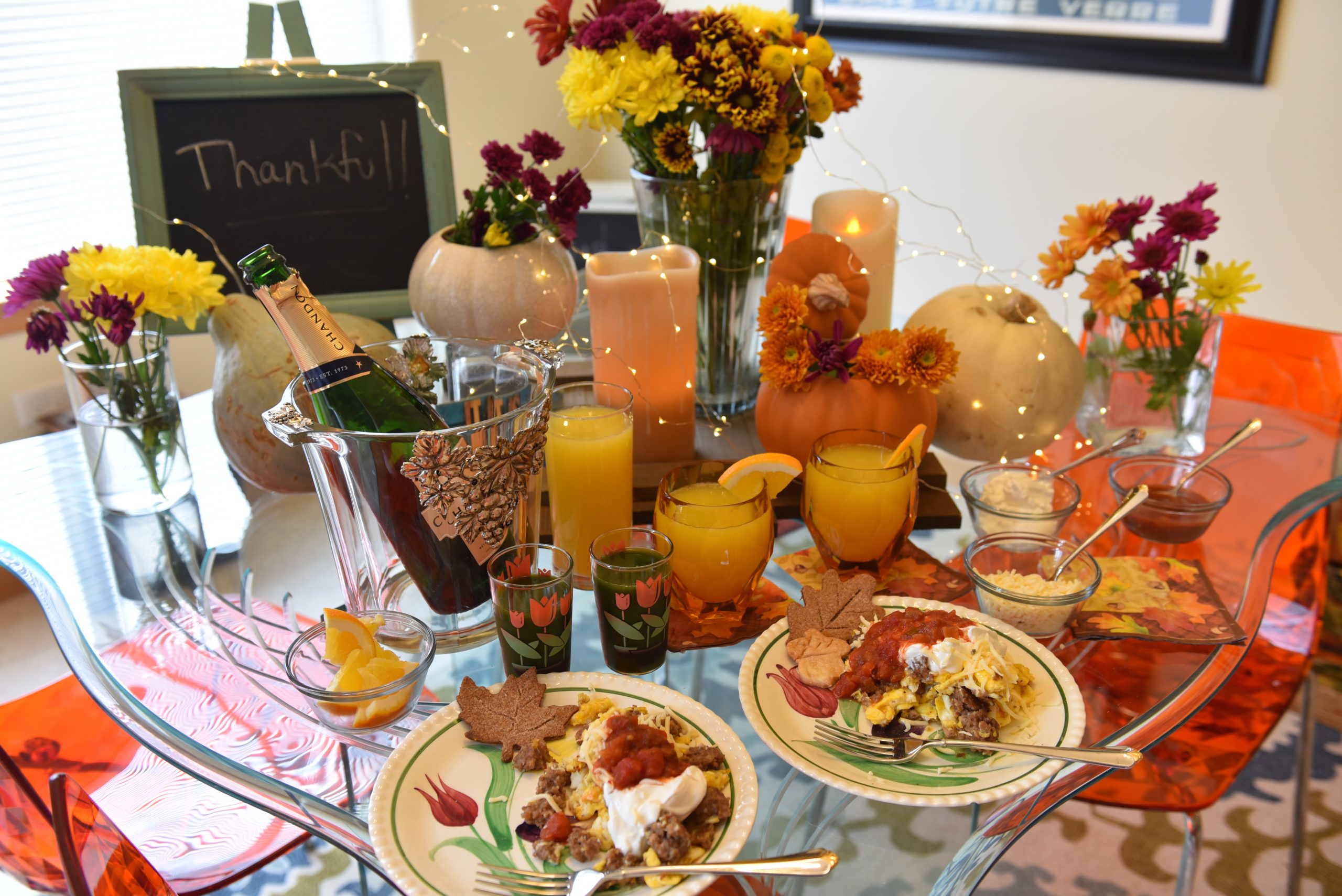 Thanksgiving morning isn’t the same without a breakfast feast, and this has been a happy tradition to count on for years.

Macy’s parade is especially meaningful because Ida and Isador Straus, co-founders of Macy’s, displayed unbelievable bravery on the last night on the Titanic. Ida insisted on staying with Isador when he was not allowed into a lifeboat because of the “women and children first” rule. They did not survive.

One of my favorite movies is “Miracle on 34th Street” which features the parade.

I have been to the parade twice and lived in Queens, (30th & 80th), so parade morning is pretty special.

Crumble and fry a favorite breakfast sausage in cast iron skillet. Beat 5 eggs and add to sausage and create a scramble in the frying pan. When eggs are cooked, place on chips on plates. Top with shredded Chihuahua or queso cheese, sour cream and salsa.

Place a portion of Sweet Potato Spoon Bread on each plate. Garnish each plate with some of the pie crust leaves and acorns. 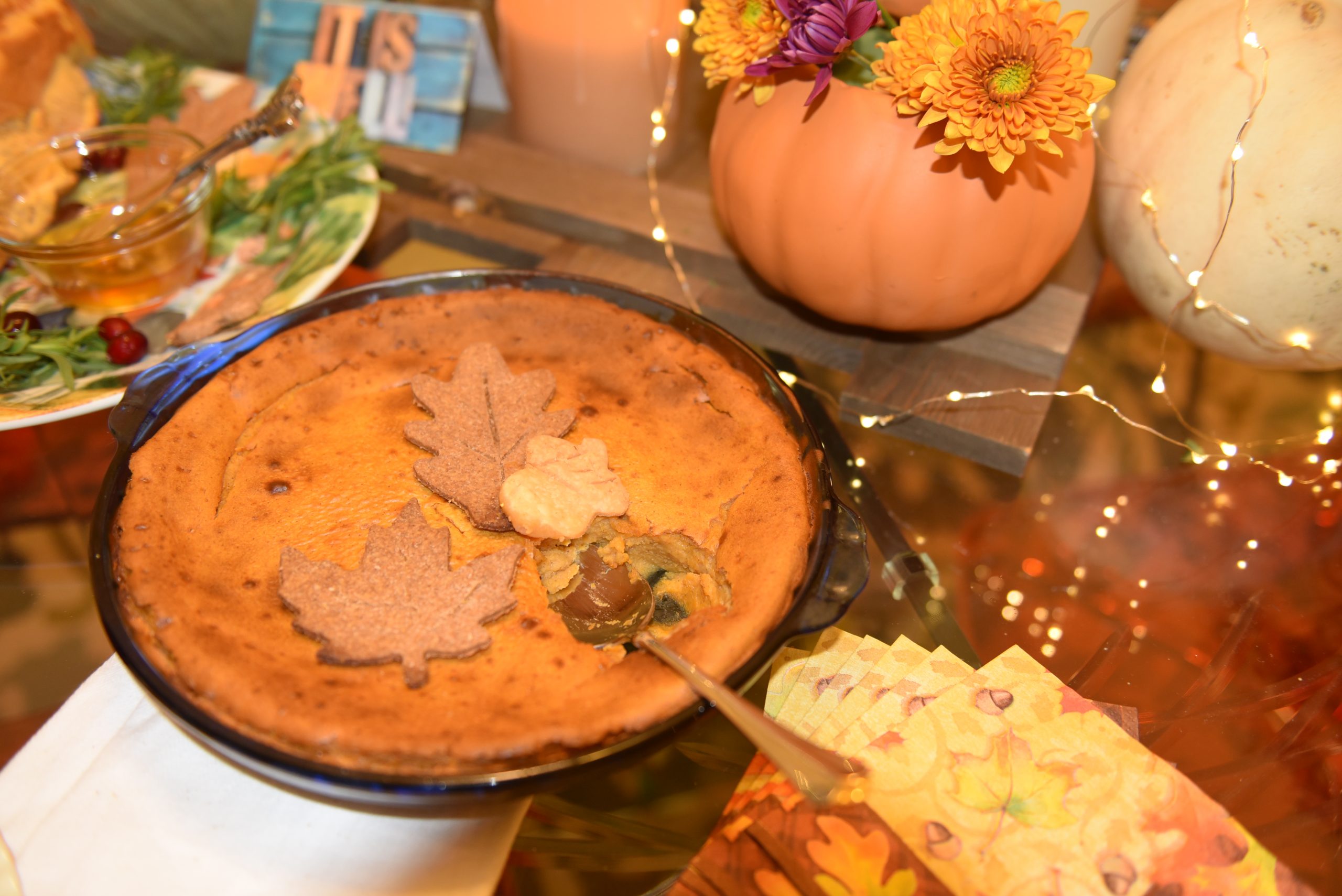 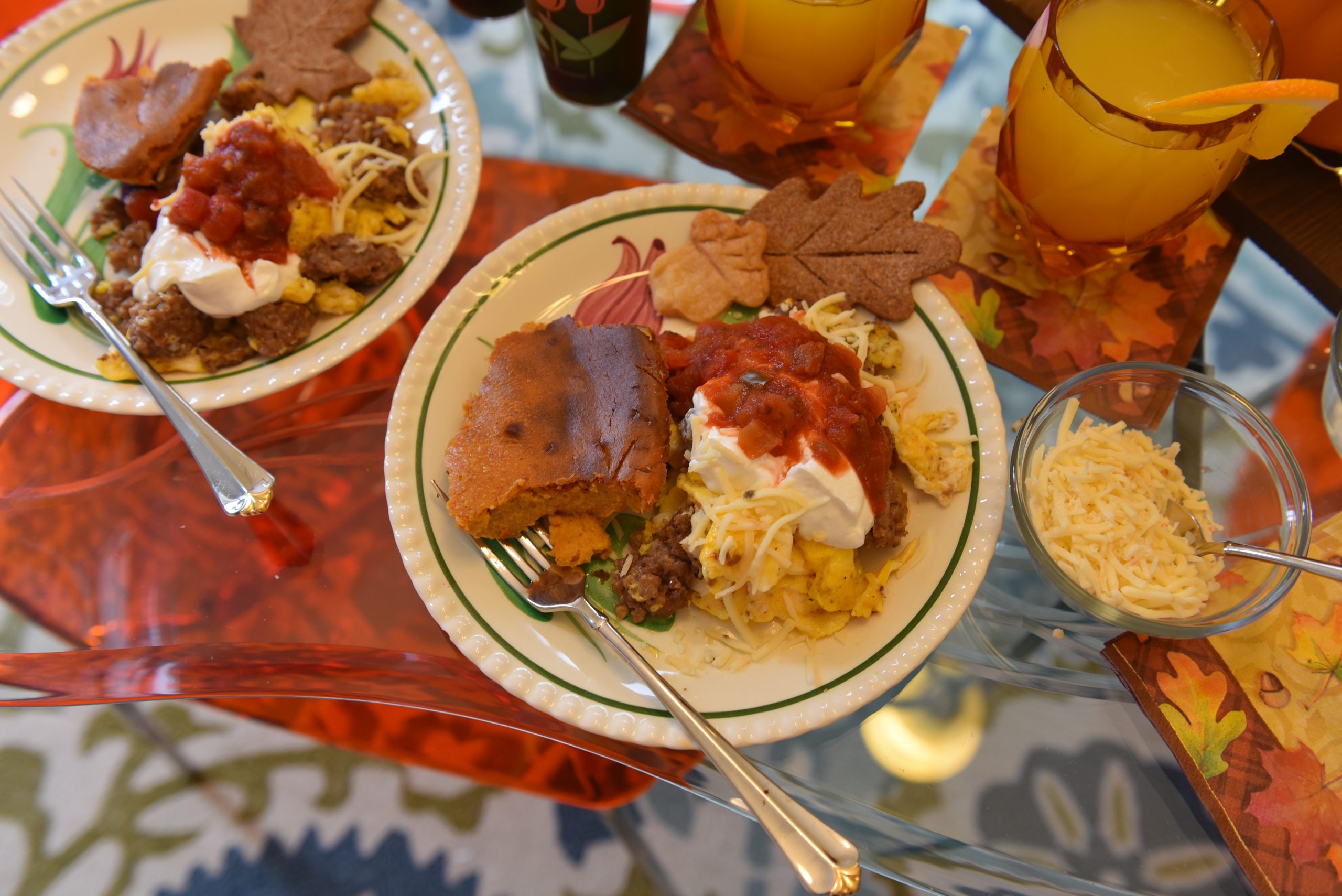 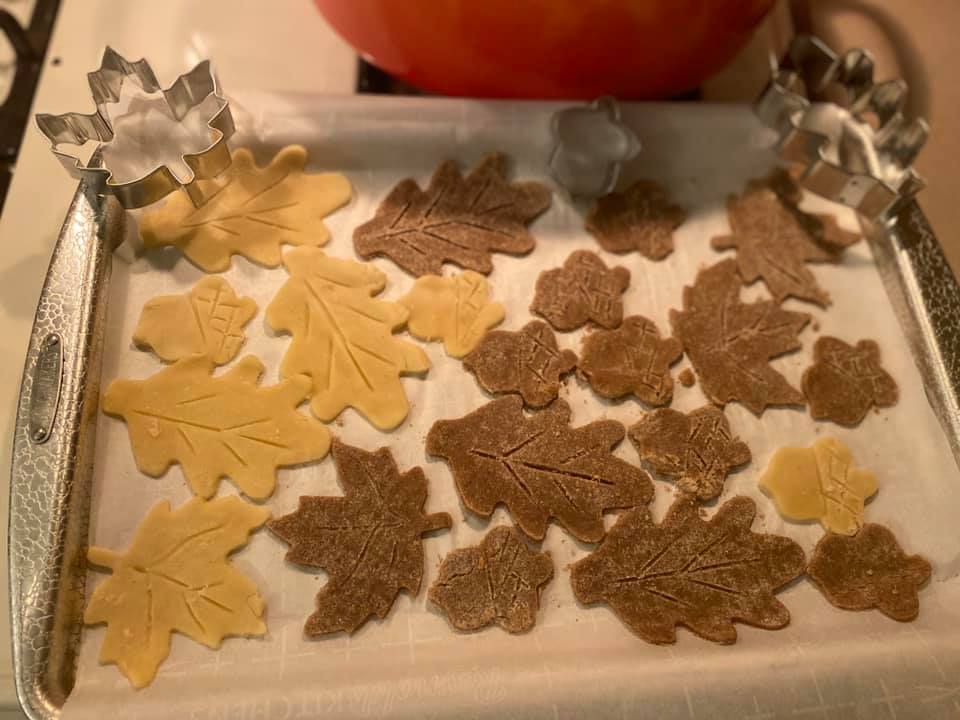