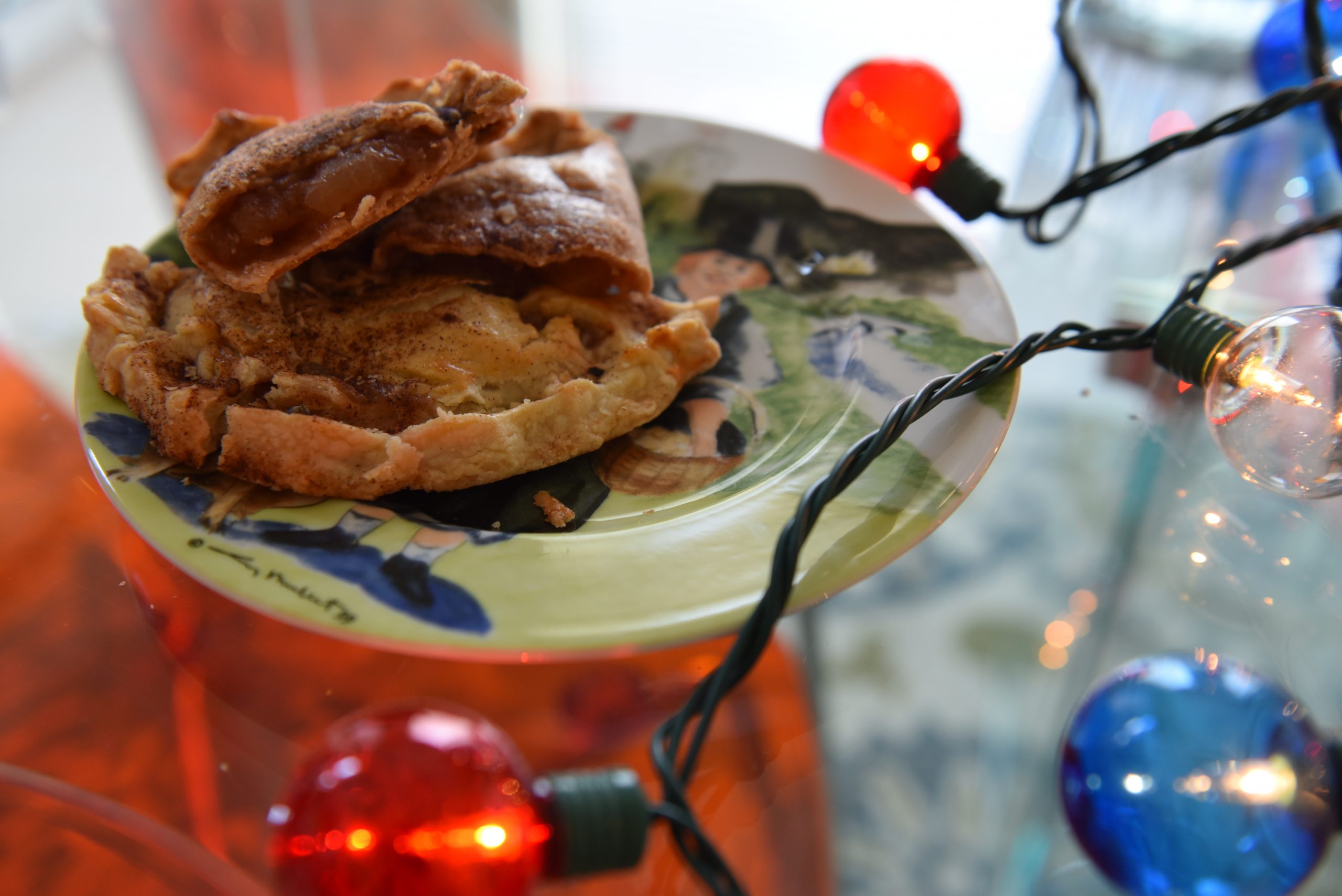 “An apple a day keeps the doctor away!”

Hand Pies were designed to fill lunchboxes of workers so they could grab a bite to eat on the fly. No time for cutlery, just enough to clench a satisfying few mouthfuls in one hand. For Labor Day, I made these Honey Crisp Apple Hand Pies as we pause to honor hard-working individuals everywhere – then and now.

I chose Honey Crisp apples because they are so good, and they held up well in the cooking.

The filling for these pies could be an apple sauce or a filling for a standard pie or a simple compote for over ice creams & more.

Apples are loaded with Vitamin C & they also provide Vitamin B-6, magnesium, iron, calcium & Vitamin A. It really is true: “An apple a day keeps the doctor away.” Years ago when I was coming down with all sorts of colds & flus, I tested out this old saying. I started eating an apple once a day, and sure enough I became able to stave off maladies that had been slowing me down. I have more energy now & take on more knowing that my “apple a day” will help me stay healthy.

Cut out bottoms of 6 frozen pie crust (all but the edge). Put two spoonfuls of apple in center. Fold bottom of crust over the top & crimp edges with top of crust. Make two vent holes in each hand pie. Brush egg 🥚 on top; and sprinkle with cinnamon & sugar mix. 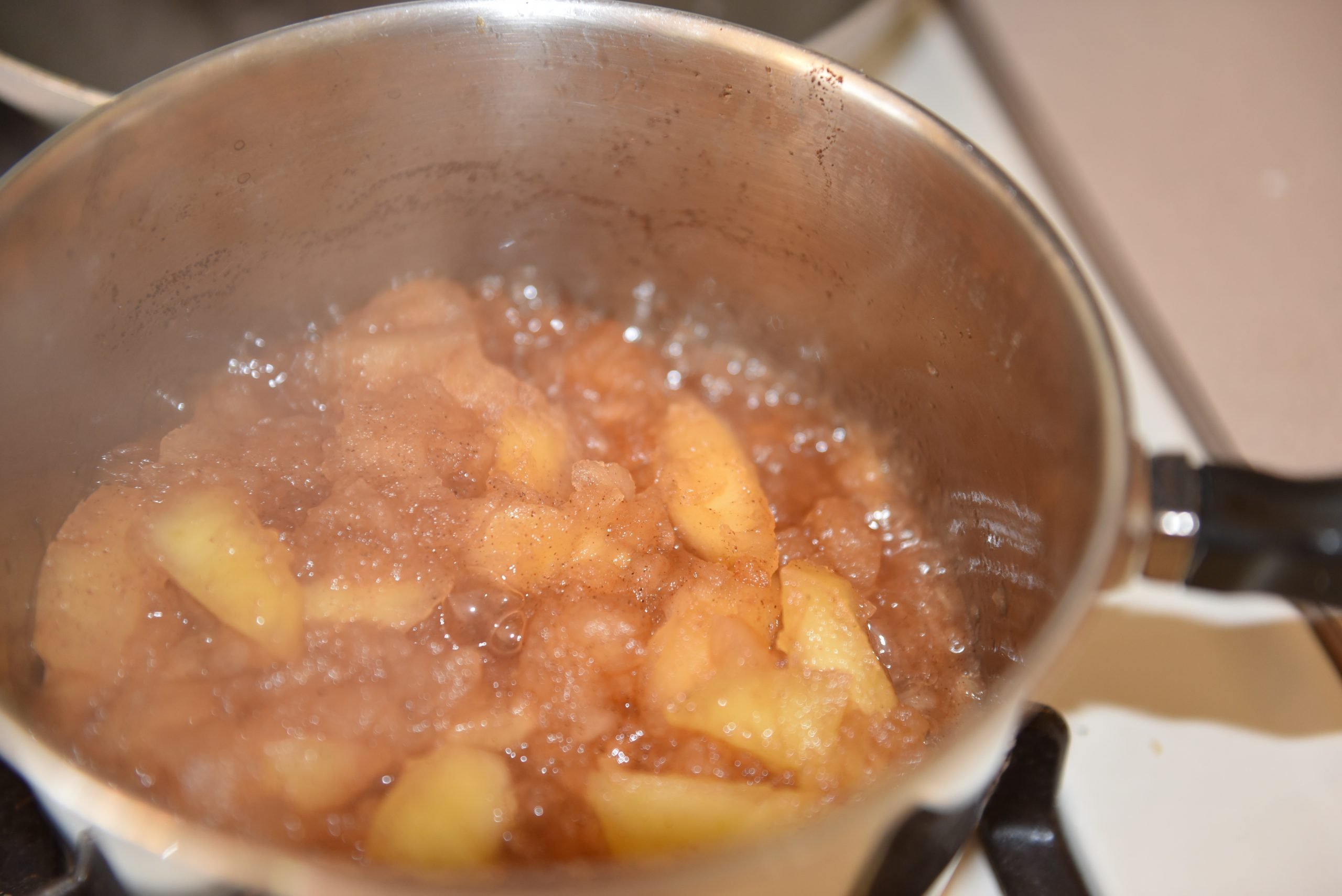 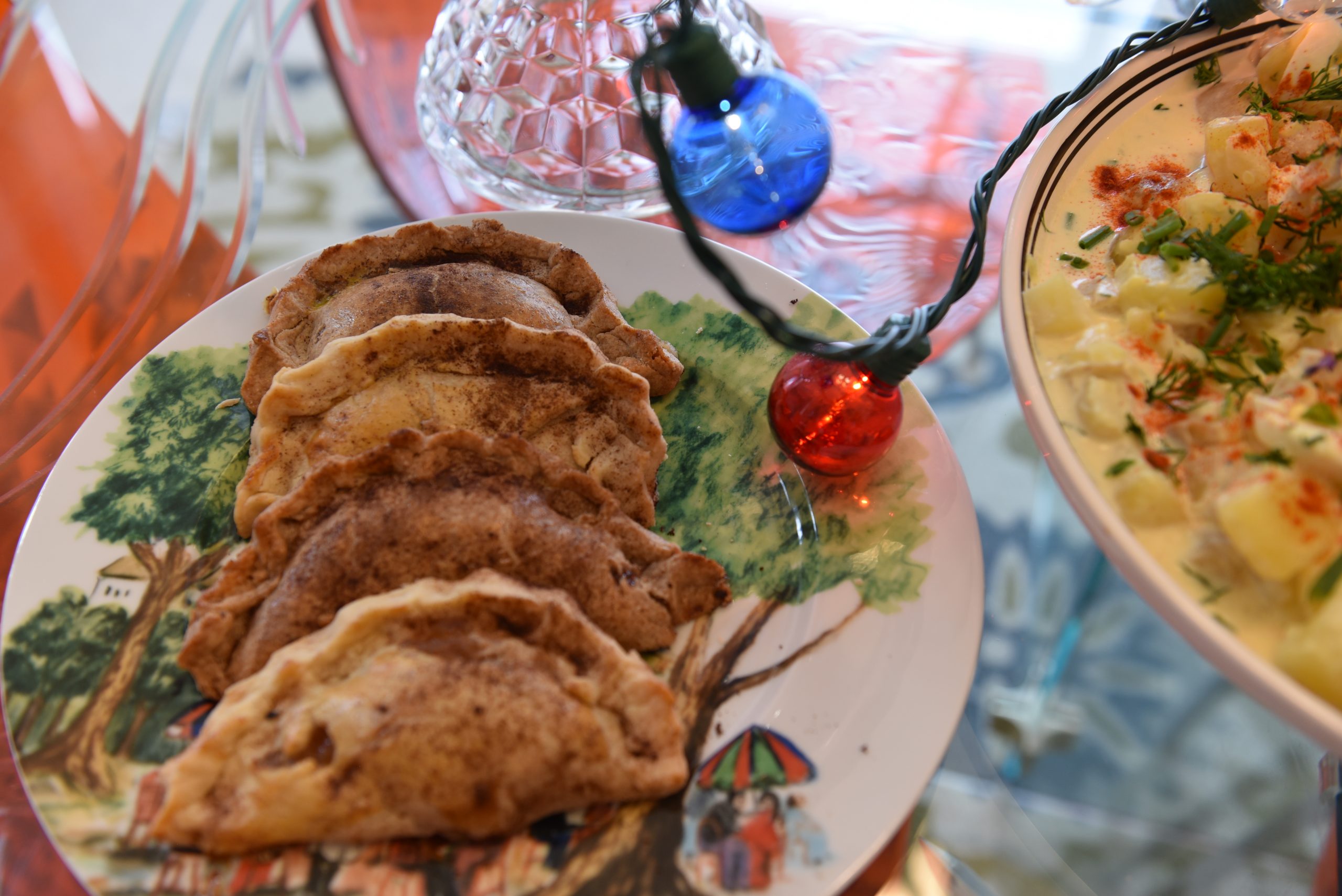 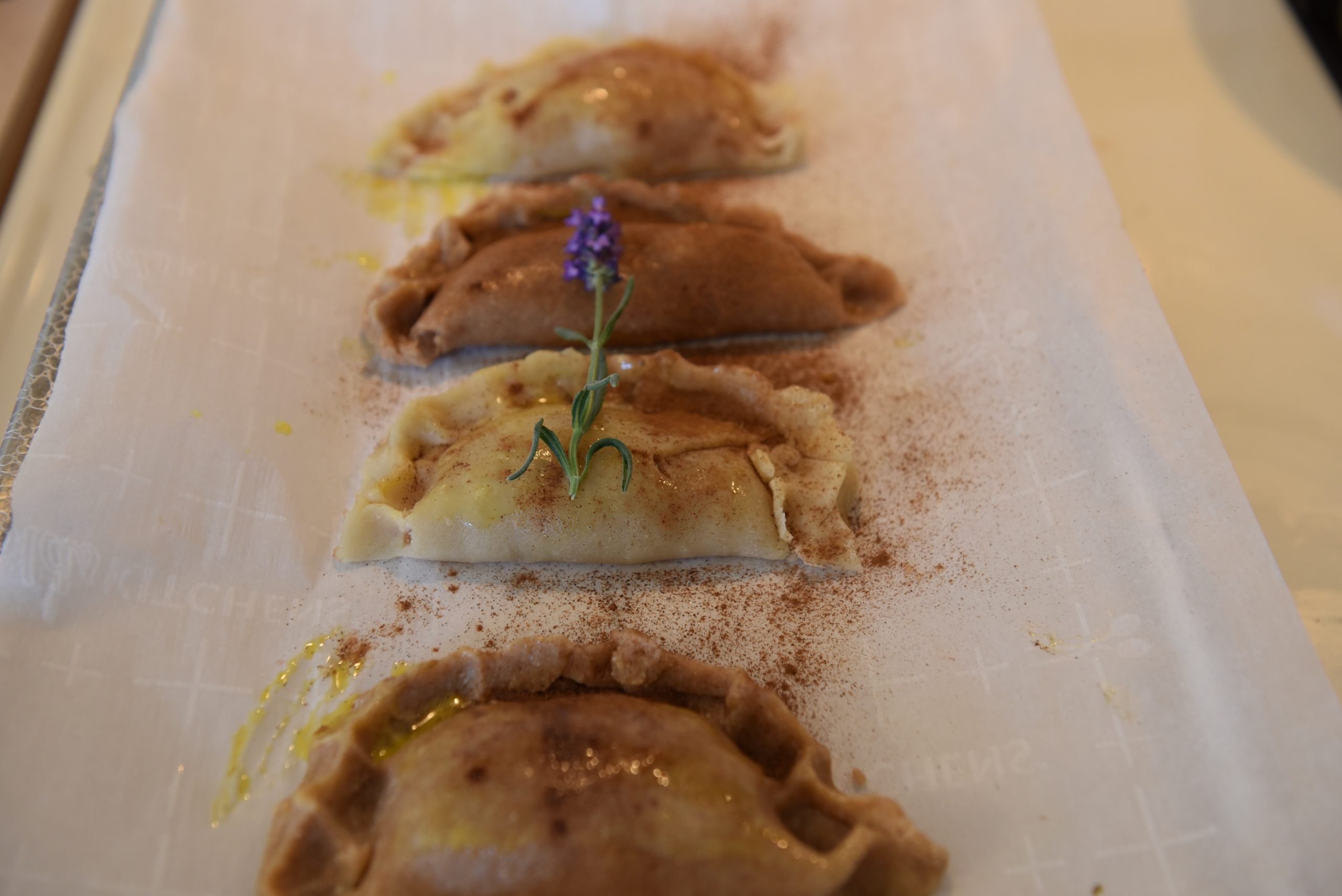