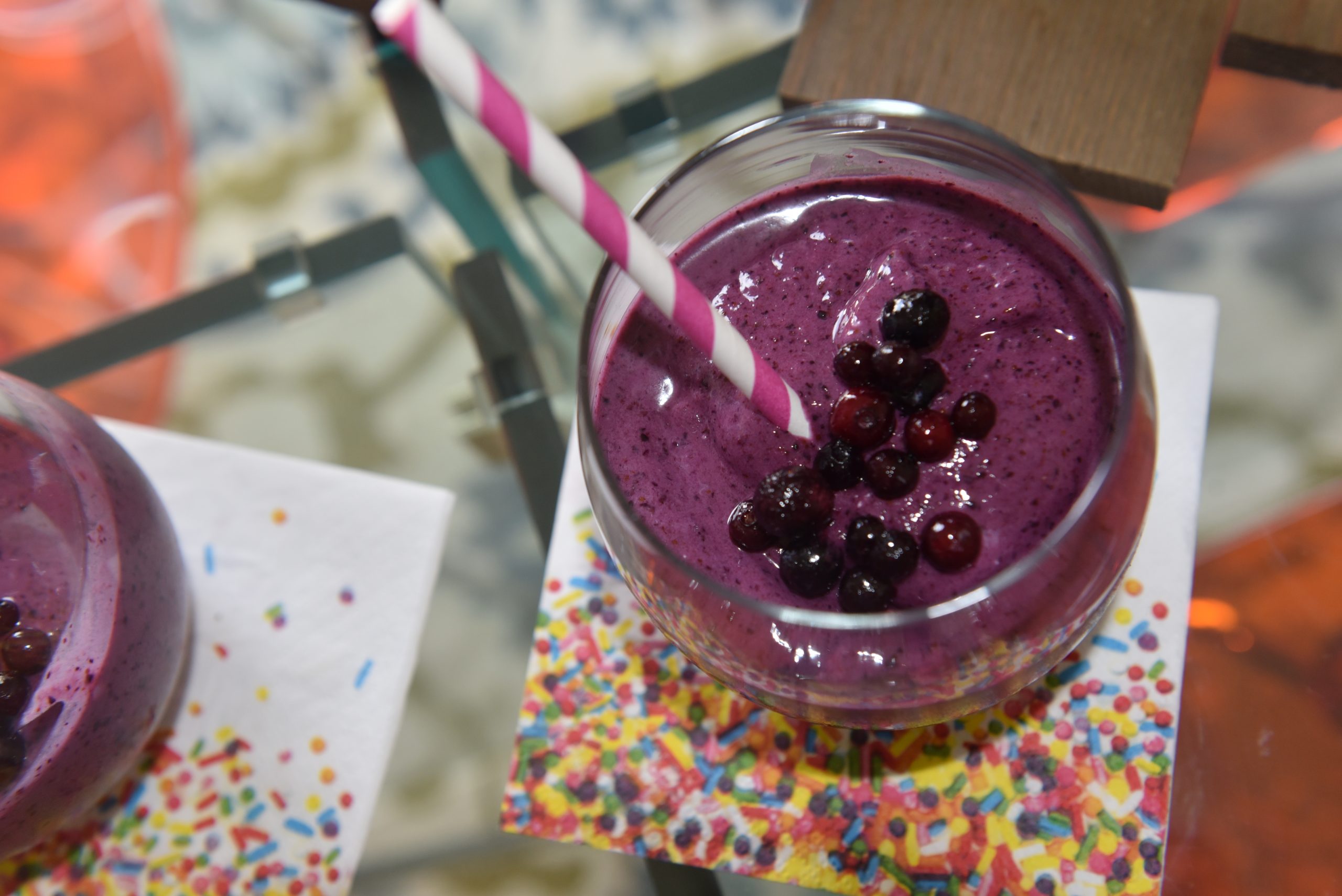 Oscar Night Treat: A blueberry smoothie toast to “Sunset Boulevard!” — Here’s why- a reminder to stay healthy: This morning’s CBS Sunday Morning story about the original “Sunset Boulevard” reminded me of my 50th birthday night when I SLEPT, completely unintentionally, through Glenn Close’s entire performance in Sunset Boulevard at the Palace Theater on Broadway in 2017. I was so excited to celebrate with such a fun 50th birthday “analogy” but ended up not being able to recall any of it. I felt SO embarrassed, but shrugged it off and went on with my birthday celebrations.
Six months later, while I was working in DC, I could hardly keep up with my girlfriends one night after dinner at Rasika in the District as we hurried to the station to catch our trains home to Arlington. Around that same time, there were instances, usually in the morning, when I felt the strange sensation like my apartment was spinning around me. Twice, I spent hours at George Washington University Hospital being tested.
One year later, I felt like I could barely walk from the River Road Seedbeds to South Patrol Road at Midewin National Tallgrass Prairie (about a half-mile) to take photos of volunteers pruning an oak tree. I had effortlessly hiked the same route countless times, but suddenly felt like I would never be able to get there on my own. It was like I was completely tapped of any energy, and it was only 8 a.m. I pushed through, lifting one heavy leg after the other and foot after foot, I made it to the tree.
A few days later, I was diagnosed with triple negative breast cancer. When I told my oncologist about the strange things I had experienced, he said it was not the first time he had heard similar stories from patients. This month marks two years since I completed my surgeries and treatments and my mammogram was clean a few months ago. While there is no way to know if it will make a difference, it sure has been fun finding new ways to bring fruits and vegetables into every day life to try to stay healthy.
These blueberry smoothies are so wonderful and none of the ingredients have to be fresh, which is great when limiting trips to the grocery store (yes, still). I keep a stash of blueberries in the freezer with bananas!
Blueberries are loaded with Vitamin C and they are also great source of vitamins A and B-6; magnesium, iron and fiber. A terrific antioxidant!

Place all ingredients in blender and pulse until well combined. 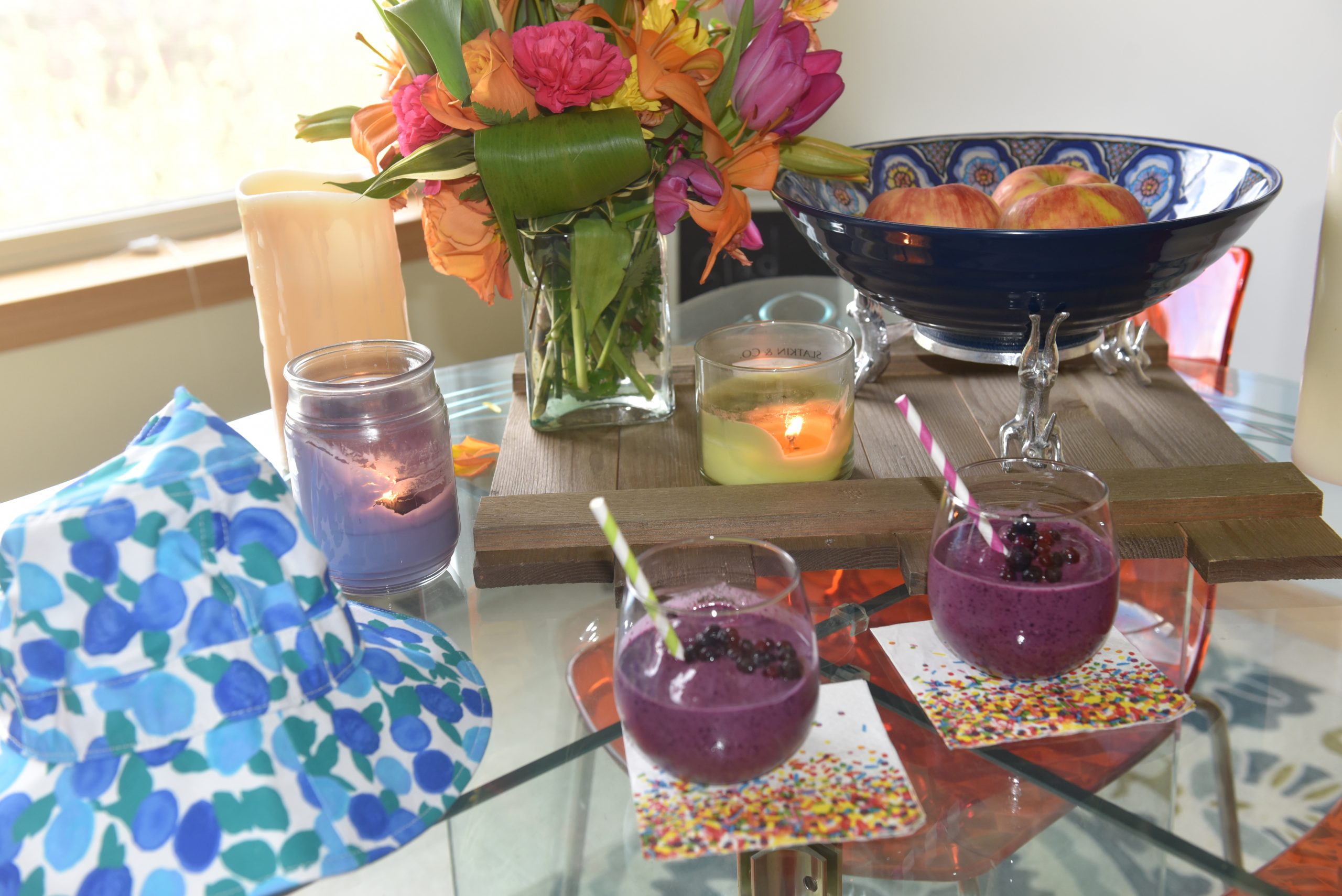 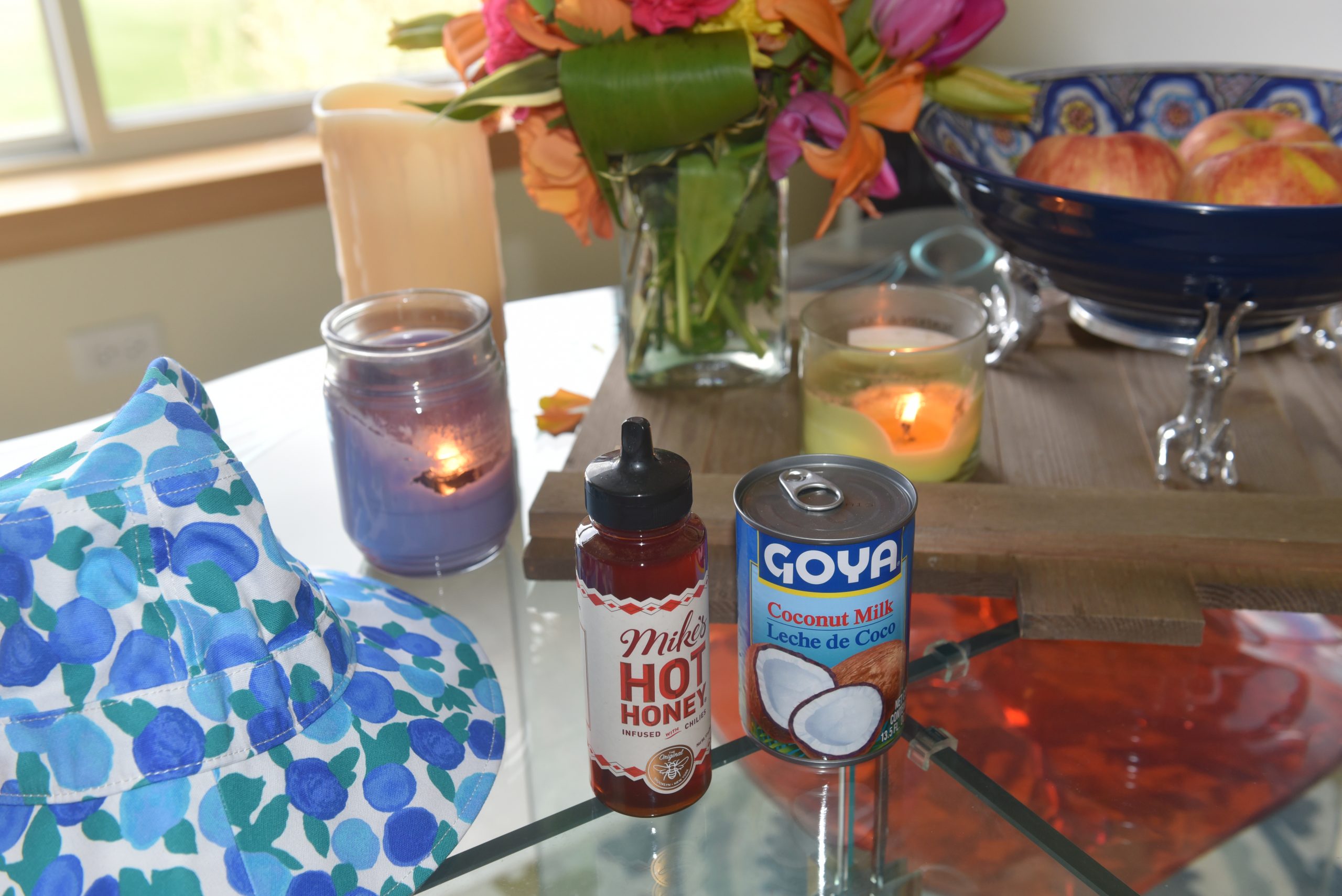